Buyers and sellers throughout the world participate every year in the January home and car auctions in Arizona.

Has the market not performed well enough for you? Do you want to sell or buy a Valley luxury home quickly and at an outstanding price? And, would you like to accomplish this at an accelerated time? All without the waiting associated with traditional MLS transactions and the health and safety issues coupled by COVID-19?

Throughout March 2021, as the Phoenix/Scottsdale area hosts a number of its annual car auctions, you can buy or sell a luxury home with Scottsdale’s Russ Lyon | Sotheby’s International Realty in conjunction with Concierge Auctions, New York City and Austin. This year’s live car auctions in January are RM Sotheby’s, at the OTTO Car Club, and Bonhams, which returns to the Westin Kierland. Barrett-Jackson is scheduled for March at WestWorld. 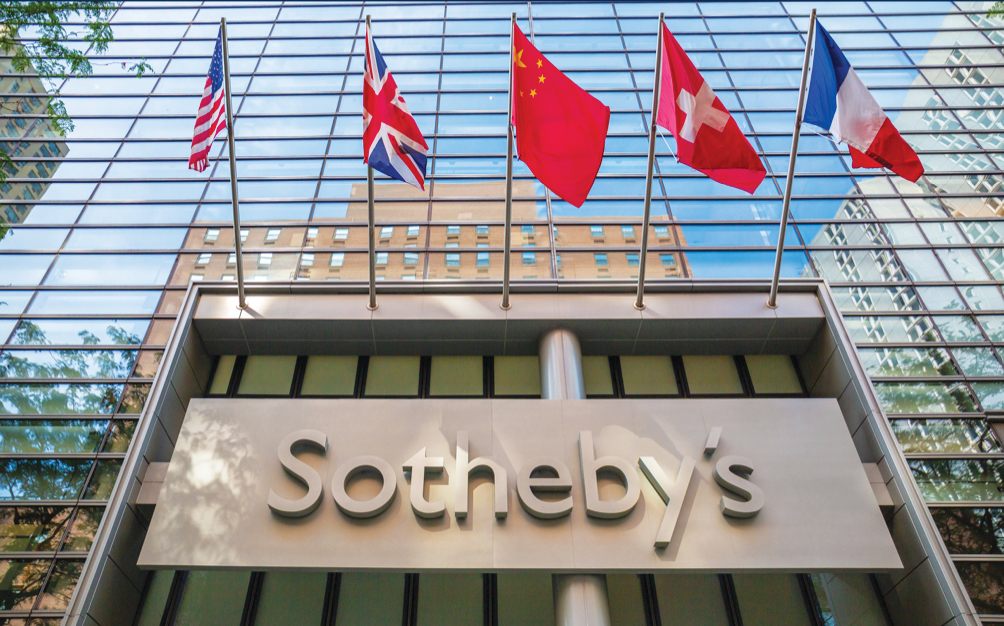 “Auctions of properties are akin to the world’s finest art, antiquities, and cars, so there is natural synergy,” says Laura Brady, CEO of Concierge Auctions, the world’s largest luxury real estate marketplace, with an 80-percent-plus share of luxury auction sales — more than its top five competitors combined.

This is prime time. “Not only do we see more Arizona home sales in the first quarter of each year coinciding with these other events, with buyers ready to bid and who understand the luxury- auction process,” she adds, “but January is also the market’s prime selling season for high-end real estate nationwide.”

Buy or Sell a Win/Win 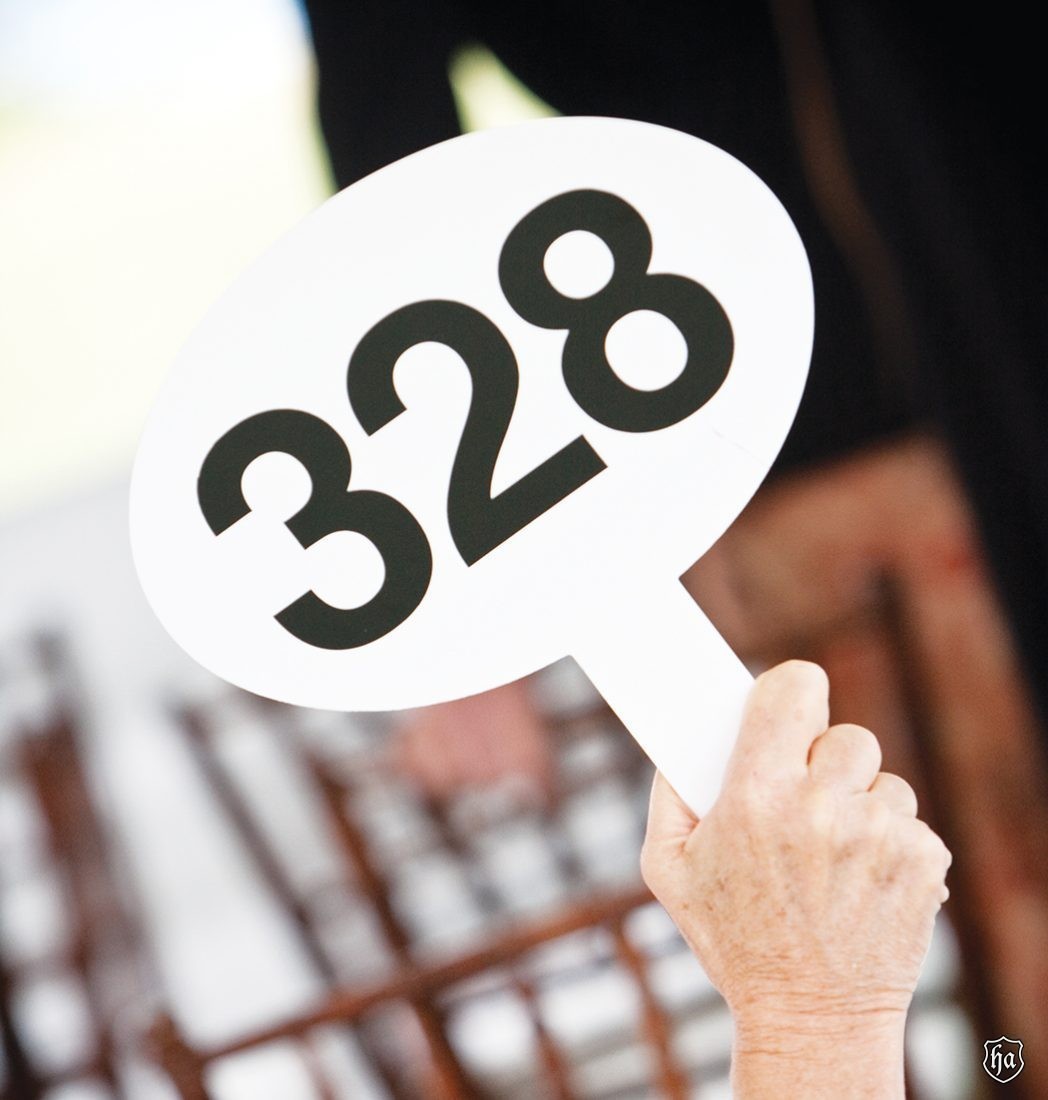 Traditionally, home-sellers and -buyers have a few options. For one, they can sell individually without third-party assistance; this may lower their costs but increase the effort, often also sacrificing professional expertise and efficiency. In doing so, they can cost themselves money, time and stress.

Or they can engage an agent’s or company’s services to find homes within specific parameters, including those in the millions of dollars. For almost two decades, the knowledgeable, experienced agents at Frank Aazami’s Private Client Group at Russ Lyon Sotheby’s International Realty (RLSIR) in Scottsdale have provided the highest quality of services. The parent RLSIR has been serving the Valley since 1947, when Russ Lyons opened the company in Scottsdale.

A third option: Connect with a firm such as Concierge Auctions, which, partnering with Aazami and Russ Lyon Sotheby’s, provides its extremely effective auction format, offering homes to satisfy the many needs of buyers and sellers. 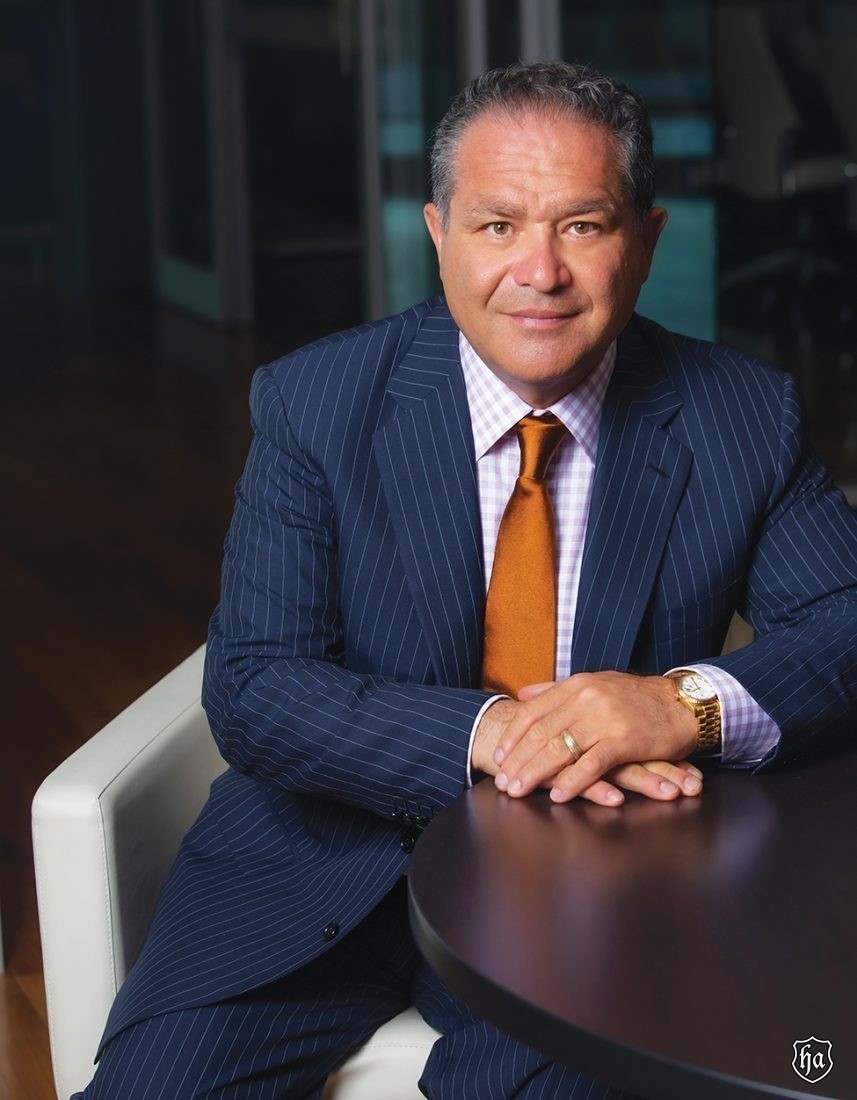 “Through auction, sellers gain unmatched exponential reach, speed and certainty,” Brady says. “Concierge Auctions maintains the most comprehensive database of high-net-worth property connoisseurs on the planet. We match sellers of one-of-a-kind properties with the world’s most capable buyers via our state-of-the-art digital marketing, property preview and bidding platform.”

She adds that the company has logged activity in 29 countries with more than $100 billion in bids processed in its 16-year history. But not every property is selected. “On average, we accept one of every 20 inquiries that come our way,” says Brady, formerly in corporate retail at Neiman Marcus. She teamed with company Chairman Chad Roffers, a Silicon Valley executive, to begin the company in 2004.

Seller, buyer and agent all win, explains Aazami, RLSIR Brand Ambassador. For one, “The seller has the certainty that the home will sell on auction day, saving time and avoiding walk-throughs and open house showings,” he says. “Just contact us to discuss adding your listing to this year’s docket or if you are interested in a specific property” (see the tag at the end of the article). 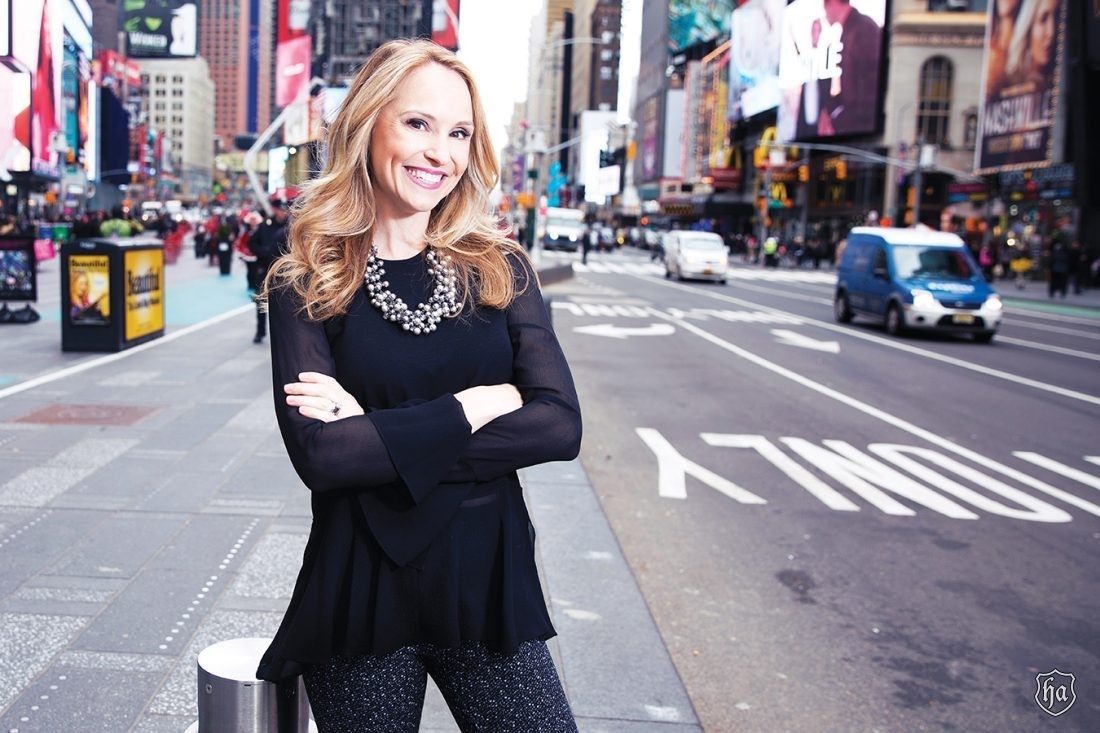 In addition, multiple buyers are pre-qualified to participate: “They are willing and able to bid,” he explains. What’s more, due diligences and inspections on the docketed properties are also completed beforehand.

“All ‘what-ifs’ are removed, including long-standing carrying costs,” Aazami says. “If time is particularly important, and sellers want to ‘cash out’ while the market is most vibrant, this process becomes valuable and productive.”

So, too, buyers can take advantage of pre-auction buyer incentives, he says. “They can stop bidding at any time and they may find themselves bidding against ‘low-esteem’ competing participants.” As a result, they may end with a great buy through an easy phone or web-based bid process. 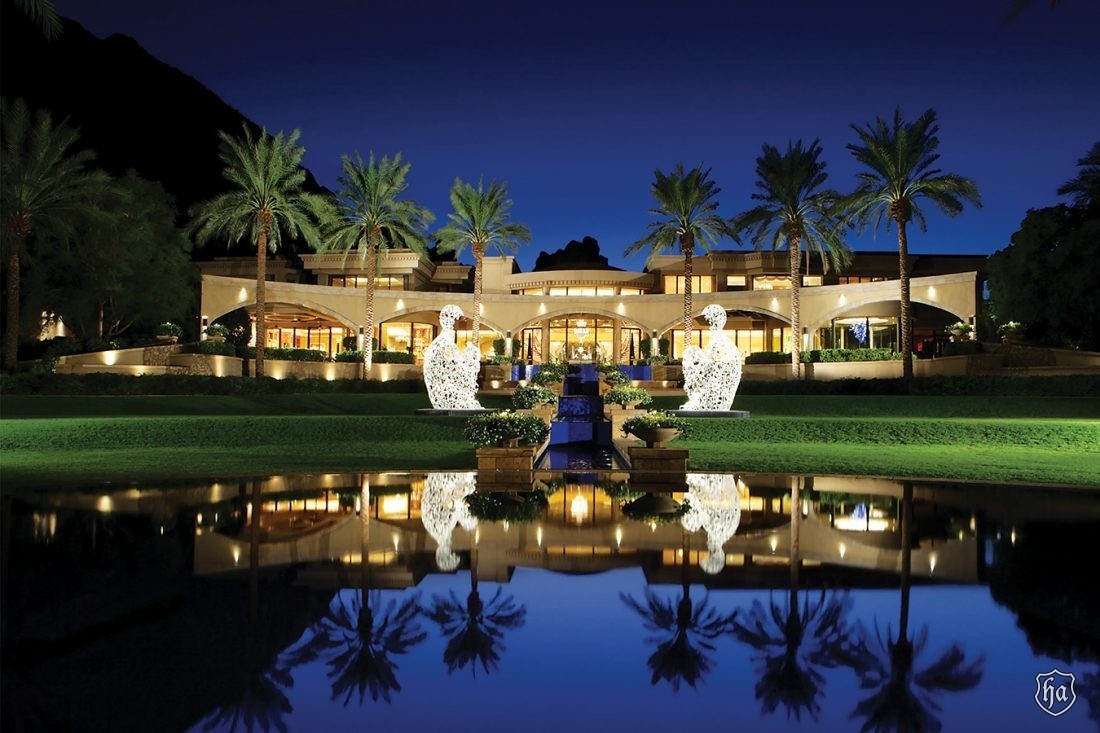 Those in need benefit, too. “Our Key For Key® giving model also guarantees for every home we sell, we build a home for a family in need,” Brady says. “We believe in the empowerment and financial stability that comes with home ownership and its impact for generations.”

“Now is the best time to consult and consider the auction option,” Aazami says. “Sellers are enjoying the current high-value market in the Valley, and buyers have an opportunity to acquire a great property at less than what they anticipated.” 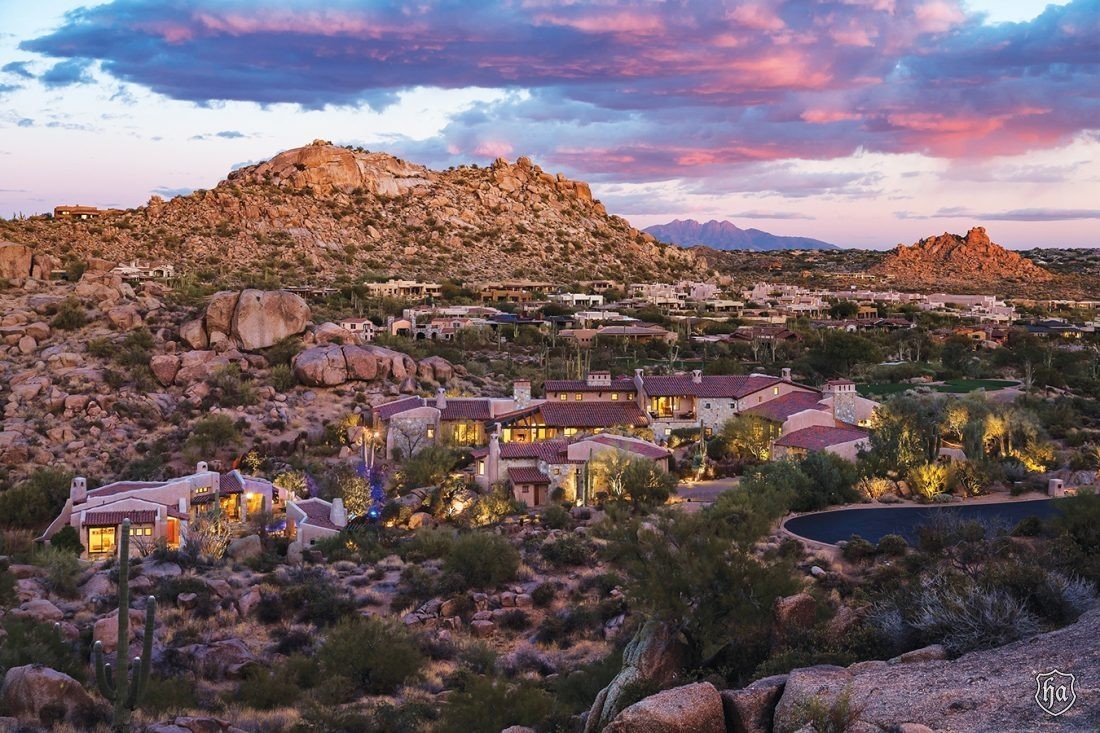 Just recently, a multi-million-dollar RLSIR-brokered home sold at a higher price through auction, and within days –– “not months and years” Aazami says –– the same home sold for less in a better open market.

Concierge Auctions has posted a number of other Valley successes in past years:

•Villa Paradiso in Paradise Valley, previously the most expensive home in Arizona, listed for $35 million. Brady: “The estate was the highest residential sale in Arizona that year and the highest price in Paradise Valley in the past decade.”; photo courtesy Concierge Auctions (www.conciergeauctions.com/auctions/villa-paradiso-paradise-valley-arizona) 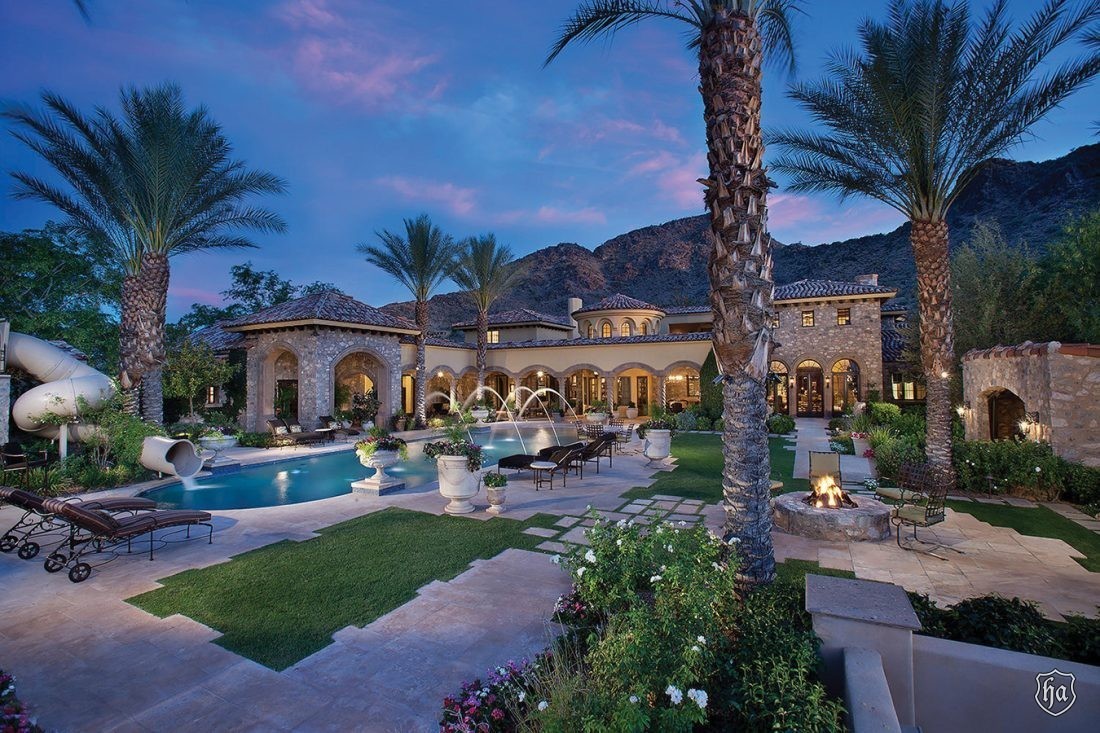 “I am very pleased with the Concierge Auctions team’s work. Their efforts did a great job fleshing out not only national prospects but also those in the local market. In the end, the team was able to achieve a great result in a difficult market, and the home sold for the highest price ever in Paradise Valley,” said Robert Sussman, the home seller.

•27341 North 102nd Street, the Scottsdale home of former Magellan Fund Manager Peter Lynch, sold for $5.712 million. “This was the highest sale price in the exclusive 180-home community of Estancia since 2014,” she says. (www.conciergeauctions.com/auctions/27341-north-102nd-street-scottsdale-arizona) 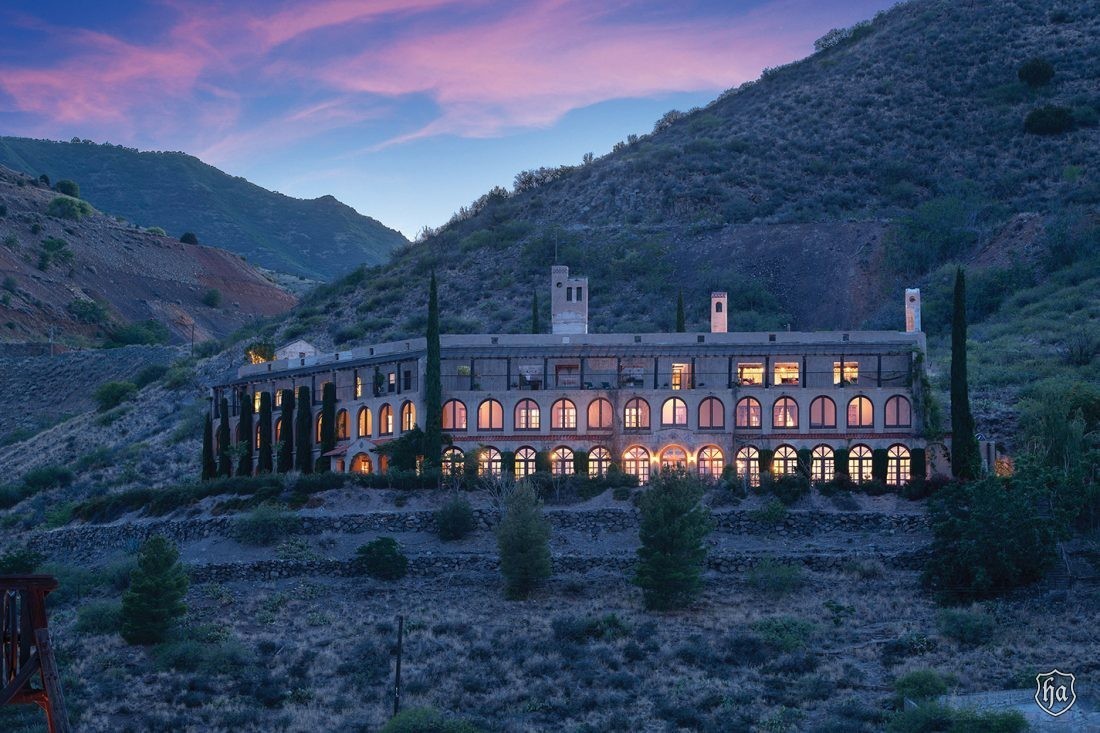 •The most recent Arizona collaborative sale was near Sedona. “Previously a famed small hotel, the property was restored and reconfigured over 12 years into a family estate,” Brady says. (www.conciergeauctions.com/auctions/300-upper-bell-road-jerome-arizona)

“Working with Concierge Auctions for nearly a decade speaks to the trust my clients and I have placed in the firm,” Aazami says. “The team shines the additional exposure a property needs in order to take a sale through global participation. They have mastered the ability to convert lookers into buyers.”

A seller or his/her listing agent may call Concierge Auctions at 212.202.2940 to be connected with an Arizona associate. See conciergeauctions.com for a catalog of the Arizona and other current auctions and the Agent Marketing Studio to co-brand a property and obtain auction marketing collateral. To speak with Frank Aazami, call 480.266.0240, email frank@PCGagents.com, text `SIRFAAZAMI’ to 87778 and see PCGagents.com. SIR Frank Aazami has a mobile download link for your Android, iPhone or iPad to preview global listings in 18 languages, integrated videos and virtual reality links for select properties: app.sir.com/sirfrankaazami. 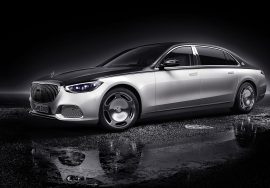 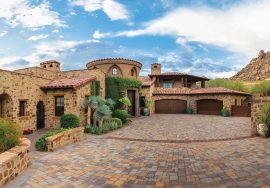 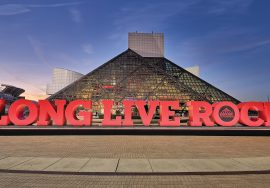