The $42.3 million total exceeded the sales at Mecum’s first Glendale auction two years ago by 14%; that 2019 debut event was record-setting as the highest-grossing inaugural auction in company history.

“The 1967 L88 Corvette is considered to be the most collectible production ’Vette of all time,” says John Kraman, director of Company Relations and lead TV commentator/analyst for Walworth, Wisconsin-based Mecum Auctions. He explains that the big-block classic combines an ultra-high performance 427-cid engine with specific heavy-duty equipment, and only 20 were produced out of the 22,940 Corvettes built in 1967.

“The success of this auction in only its third year is unprecedented,” says Mecum Chief Operating Officer Sam Murtaugh, noting that the results established Glendale as the third largest auction on the company calendar. “We all look forward to 2022 by making it bigger and better than ever.”

Kraman says that the expanding variety of makes and years and growth in Ferrari sales at Mecum Glendale 2021 indicates company strength. “This trend is expected to continue into the future due to our commitment and efforts to attract virtually all collector vehicle categories and price ranges,” he says, adding that trucks and vintage SUVs such as Broncos and Blazers are also strong.

He adds the Glendale auction also reaffirmed an industry trend of slightly younger buyers who are especially interested in ’80s–’90s collectibles. “The overall market is extremely strong at this time,” he says, “and all indicators point to a robust market for the remainder of 2021.”

For more details on upcoming auctions, the Vintage & Antique Motorcycle Auction, April 28–May 1 in Las Vegas and the company’s flagship event, Dana Mecum’s 34th Original Spring Classic, May 14–22, in Indianapolis, to consign a vehicle or to register as a bidder, visit Mecum.com or call 262.275.5050. 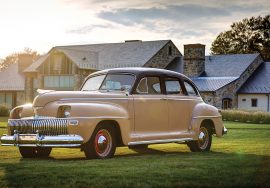 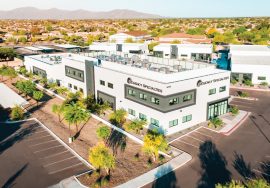