In 2010, father and son team, Paul and Jason Phillips, opened their first Toy Barn in Cave Creek, Cave Creek and Peakview roads, to provide luxury garage spaces for cars, trucks, motorcycles, boats, jet skis and RVs. This January, they will break ground on their sixth location, and the second at the Scottsdale Airpark, as Arizona celebrates its annual car-auction week.

“When we started out during the Great Recession, we wanted to meet the demand from downsizing home owners and people who could use more space for their valuable cars,” Jason says. 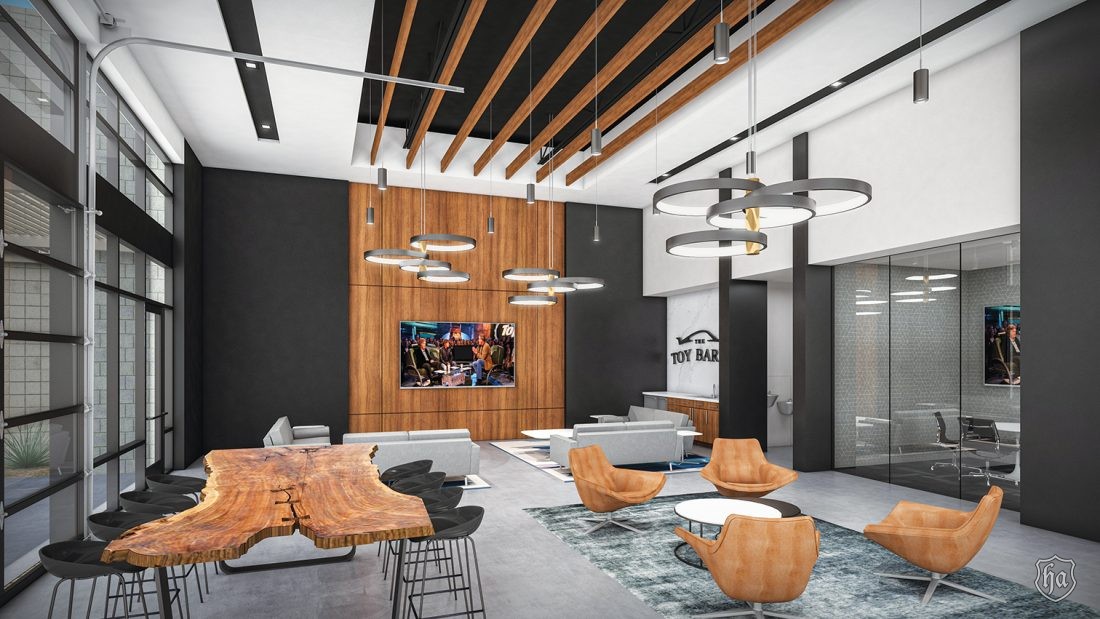 “When we started the company, almost by accident, we never thought we would expand to six locations, but Arizona has such a robust car culture,” Paul says.

You own your Toy Barn unit, similar to a condominium; it is governed by CC&Rs and an owners association. Prices vary by location. Floorplans are from 800 to 4,800 square feet. All units feature minimum 20-foot-high ceilings with heavy-duty garage doors, entry/exit doors, plumbing, climate control and Wi-Fi. And, each community is monitored, including 24-hour surveillance and gates requiring private codes. “You can be sure your inventory, tools and valuable possessions are always secure,” Jason says. 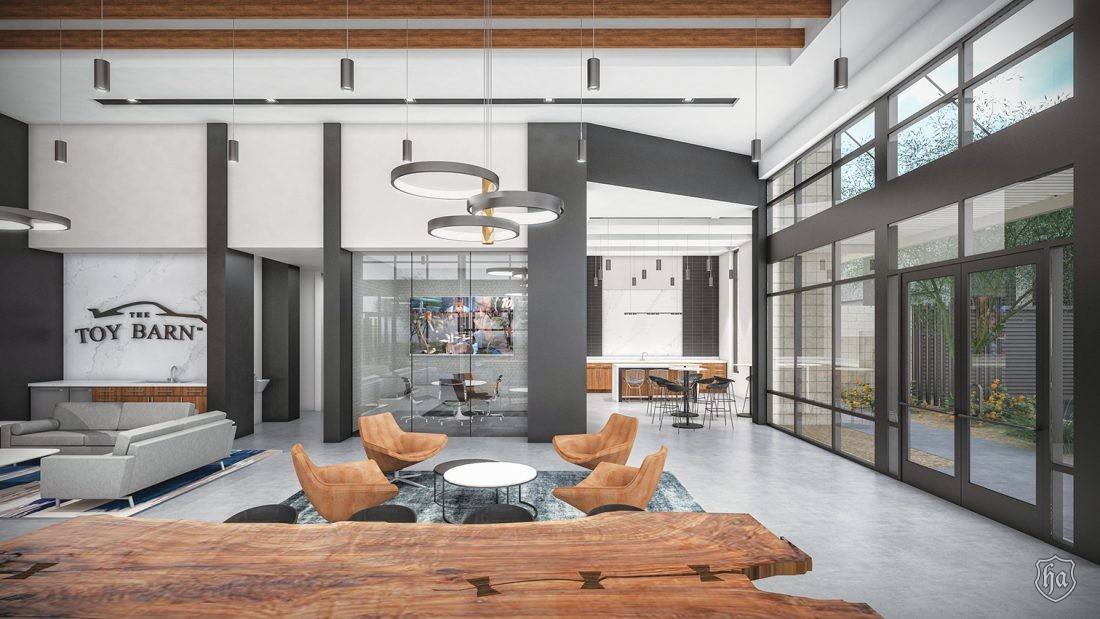 Access is year-round and 24/7, with large driving aisles. And, owners can customize their units. “Many install mezzanine lofts with bathrooms, seating areas, mini-kitchens, wine fridges and work areas –– uniquely vibed places to entertain friends and enjoy vehicles. And, each location features an upscale clubhouse with lounge seating, kitchen space and gathering areas for relaxing, socializing private or scheduled events,” he says.

One of the popular get-togethers are the Cars and Coffee open houses twice a month, at Chandler on the third Saturday and Lone Mountain on the fourth, 7–10 a.m., rain or shine. Events such as these and the owners’ camaraderie make Toy Barns special places. “Without our membership, we would just be another boring storage facility,” he says.

While building the second Scottsdale Airpark site, the Phillips’ are expanding the Chandler and Lone Mountain North locations. The 119,400-square-foot Lone Mountain North campus will have 97 units and the country’s first condo-covered-parking stalls, he says. 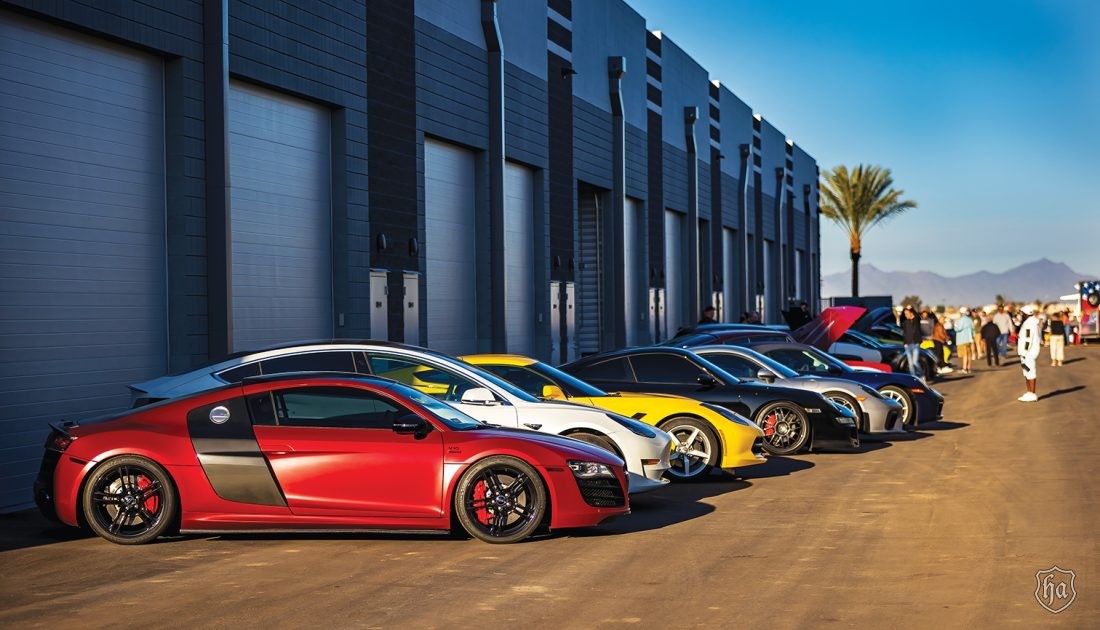 And, when complete in the fall of 2022, the Chandler address will include nine buildings with as many as 155 units, becoming the largest garage condominium complex in the country. “It’s a true testament to the strength of the automobile collector market in the American Southwest,” Jason says, adding that the company is looking for locations in the Phoenix area as well as outside Arizona. “Our communities are becoming larger and larger, and demand for our very special suites is growing.”

Owners are enthusiastic. Alpio A. Barbara, president of Redwood General Tire, based in Redwood City, California, and Alpios at Troon, an event center in north Scottsdale, owns five Toy Barn suites at the Peak View and Lone Mountain North locations. He began the Cars & Coffee event at the latter site. “Your cars don’t sit outside, and they’re well cared for,” he says. “They’re neat and clean, and you can meet with your buddies any time you want. They’re a country club for cars.”

For more information on existing Toy Barns and to reserve a suite or suites in the new Scottsdale location, call 480.419.0101 or see toybarnstorage.com. 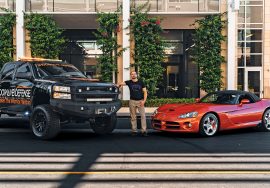 Shockwave Defense: The Offense Against Threats 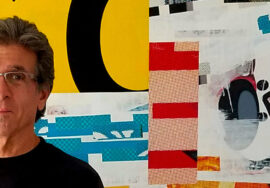 The Da Vinci of Car Art

Exclusive Hypercar Owners Gather in the Desert at Hypercar Invitational 2023 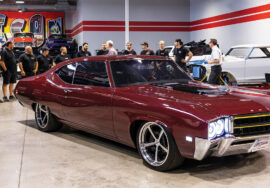