Monterey/Pebble Beach Car Week returned in concours-winning style to northern California August 9–15, as hundreds of collectible vehicles were shown, some awarded and others found new garages throughout the world for their next era of stewardship.

At the week’s culminating event on Sunday, August 15, the 70th Pebble Beach Concours d’Elegance® in Carmel, a 1938 Mercedes-Benz 540K Autobahn Kurier owned by Arturo Keller was named Best of Show, while 38 former Best of Show cars welcomed the pre-War classic to the exclusive circle. 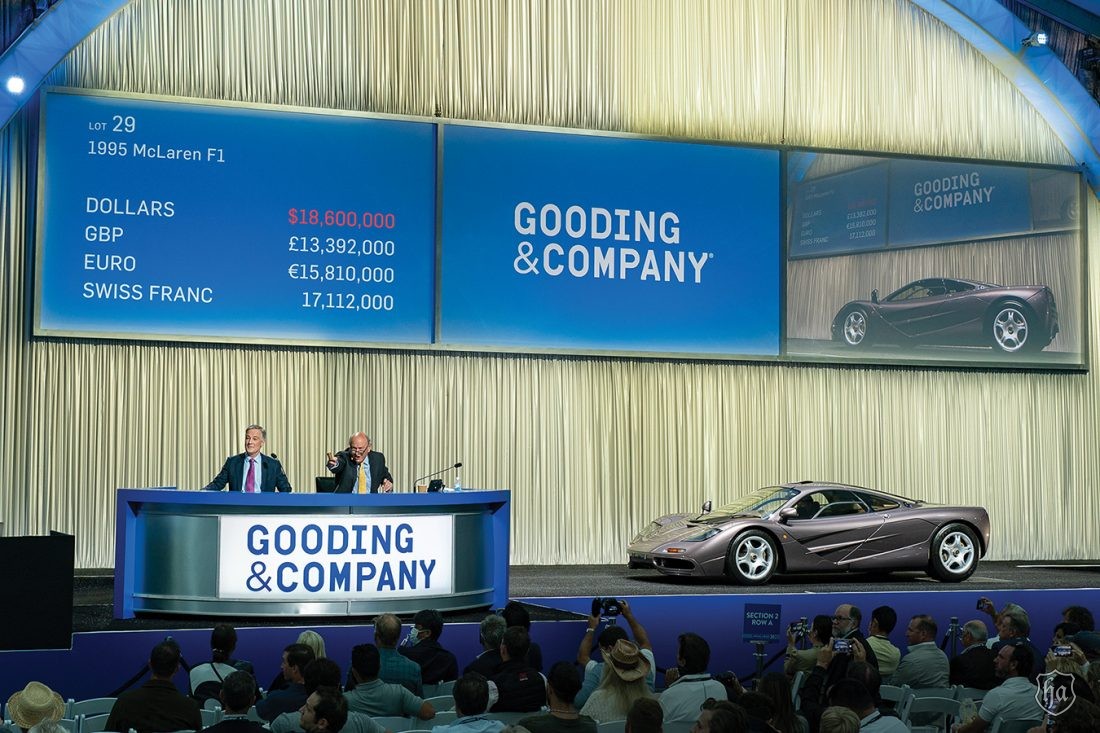 At the three-day RM Sotheby’s auction, a 1962 Aston Martin DB4GT Zagato from the Paul Andrews Estate Collection –– one of only 19 built –– brought $9,520,000 for Monterey Car Week’s third highest sale.

And, another 1938 Mercedes-Benz 540K Special Roadster, owned by K. Heinz Keller, was named Rolex Circle of Champions “Best of Show” to culminate The Quail, A Motorsports Gathering at the Quail Lodge & Golf Club in Carmel. 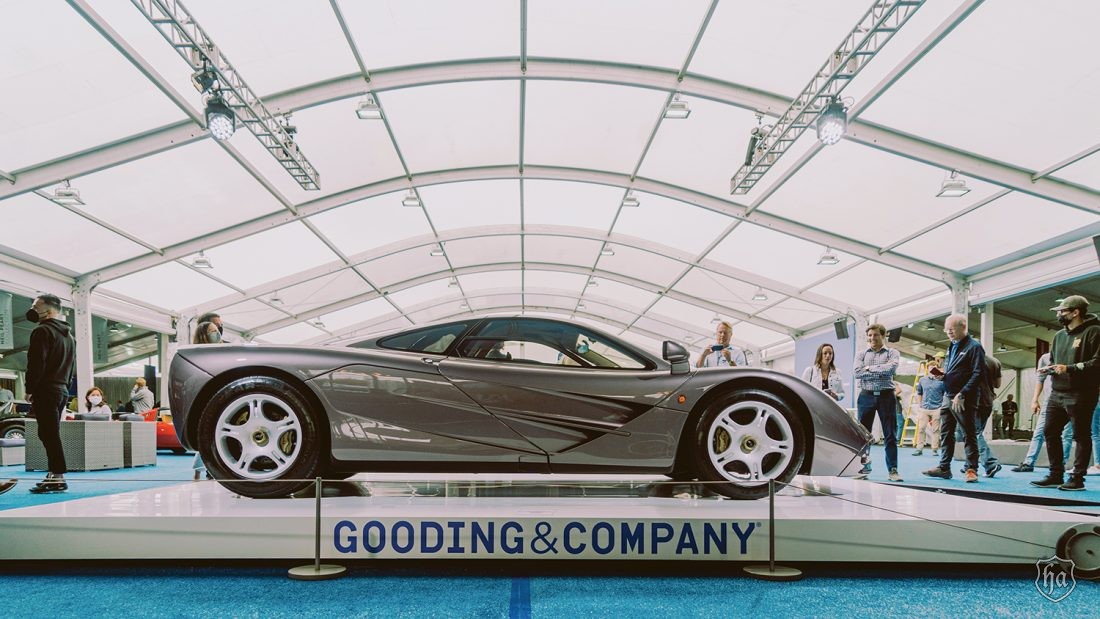 Mecum Auctions, at the Del Monte Golf Course on the grounds of the Hyatt Regency Monterey Hotel and Spa, sold a 2014 Ferrari LaFerrari, the top car at $3,410,000. And, at The Russo and Steele Collector Automobile Auction, another Prancing Stallion, a 1967 330 P4 Replica Spider, was the top seller at $302,500.

As always, the Rolex Monterey Motorsports Reunion races at WeatherTech Raceway Laguna Seca attracted a wide variety of vintage cars and their talented driver owners from throughout the country. For Group 1A 1955–1961 Sports Racing under & over 2000cc on Saturday, August 14, Spencer Trenery, Emeryville, California, took first in his 1961 Cooper Monaco 350. On Sunday, Group 1B 1955–1964 GT, Frank Zucchio, Oakdale, California, was first in his 1960 Piranha Sports Racer 2000.

And, at the 35th Concorso Italiano in Seaside, the “Best In Show” was George and Bobbie Andreini’s 1965 Maserati Mistral Spider. 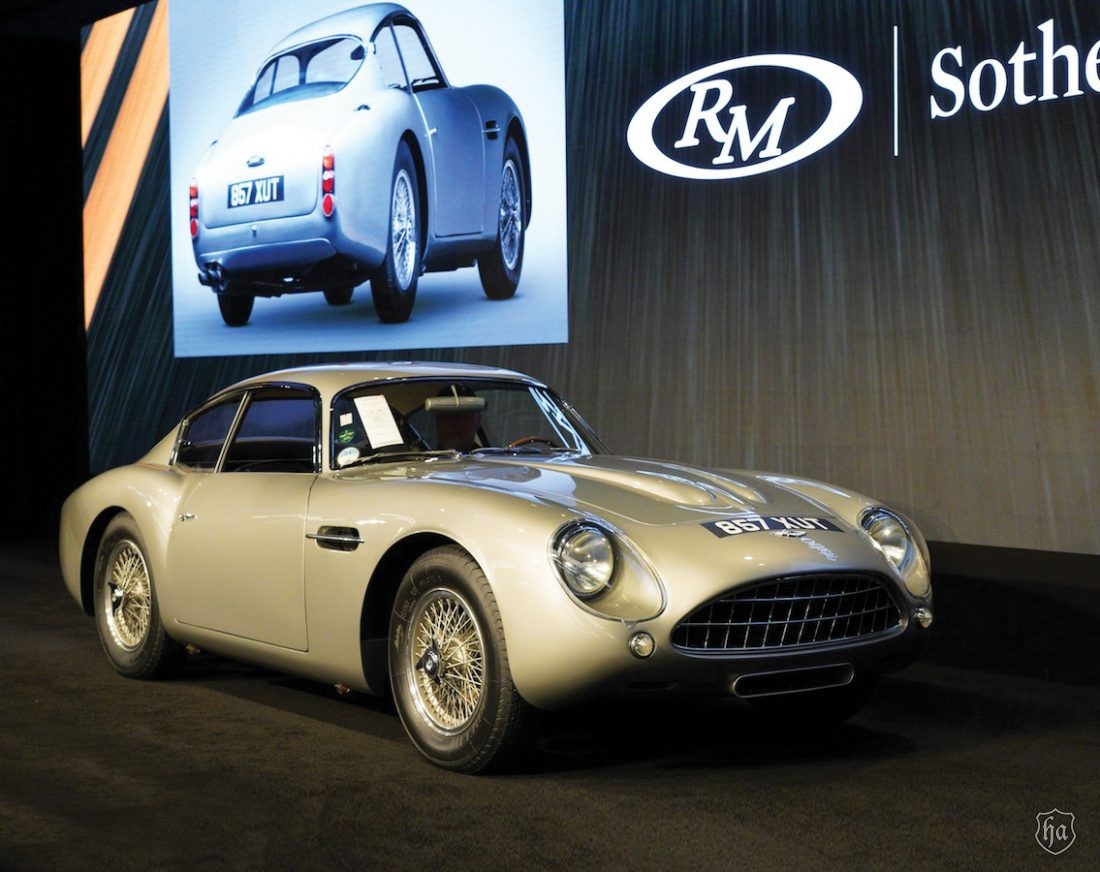 To become “Best of Show” at the Pebble Beach Concours d’Elegance, the 1938 Mercedes-Benz 540K Autobahn Kurier was chosen from 230 superlative collector cars. Its long hood, aerodynamic design, advanced engineering and superlative performance were among the winning characteristics the judges cited.

“This Best of Show winner embodies so many sensational features — styling, speed, and performance. Unveiled at the Berlin Auto Show and built to rule the new German Autobahn in 1938, this rare automobile is truly an example of beautiful German design,” says Concours Chairman Sandra Button, noting that this ninth win for Mercedes-Benz ties the mark with Bugatti for the most Best of Shows at Pebble Beach. 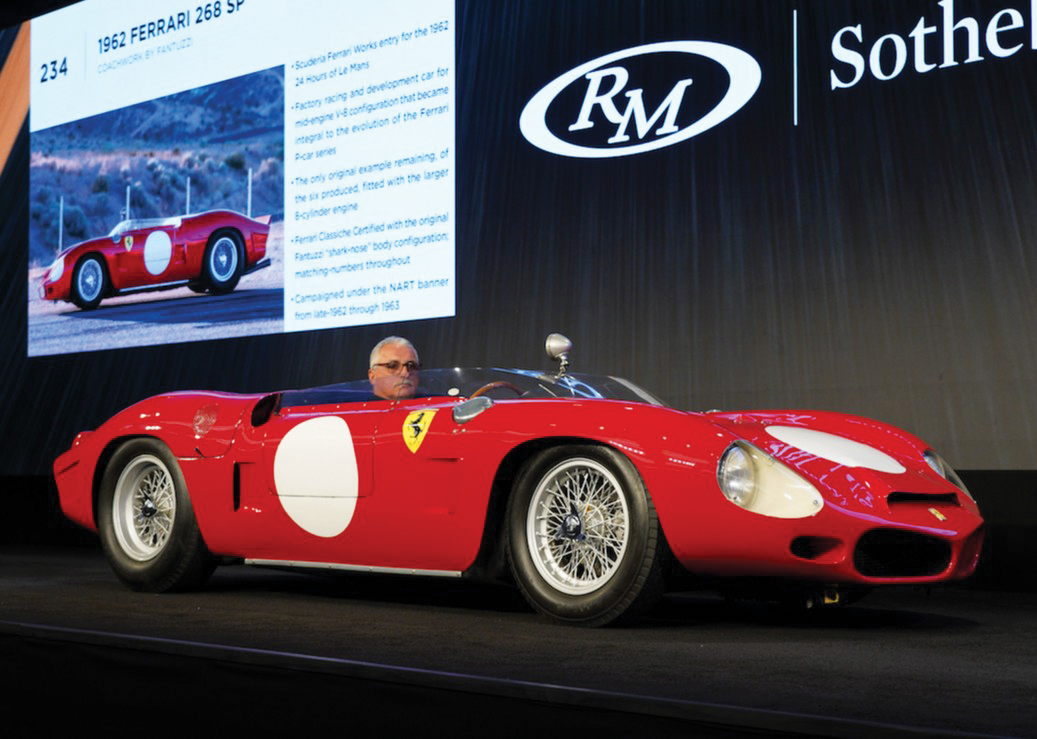 Autobahn Kurier, “Highway Messenger,” refers to the famous network of highways built pre-war in Germany. Mercedes-Benz made only two 540K Autobahn Kuriers, and this is the only one existing.

“It’s my triple crown,” says Keller, Petaluma, California. “This is the only remaining car of its kind, and I am the second owner from new. It’s a very special car, and we are very happy.” The car was last restored in 2006 and has continued to be shown, rallied and toured since. The couple also won the Elegance in Motion Trophy. 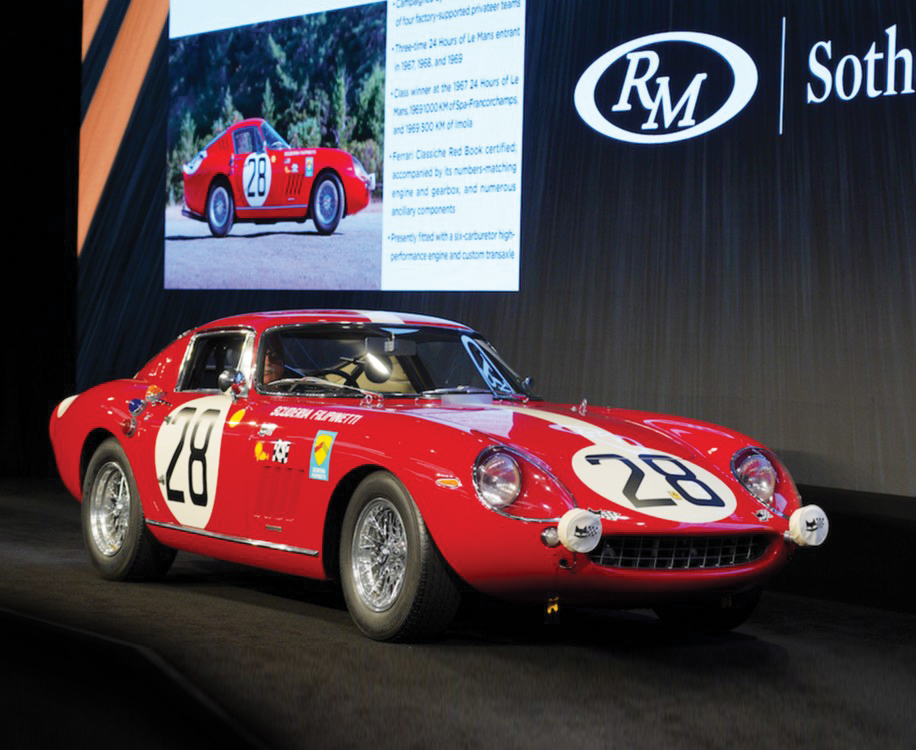 This year’s event raised $1.75-plus million for charity, bringing total charitable donations to $32-plus million. More than 95 local charities are benefitted, impacting the lives of 10,000-plus children annually in Monterey County. 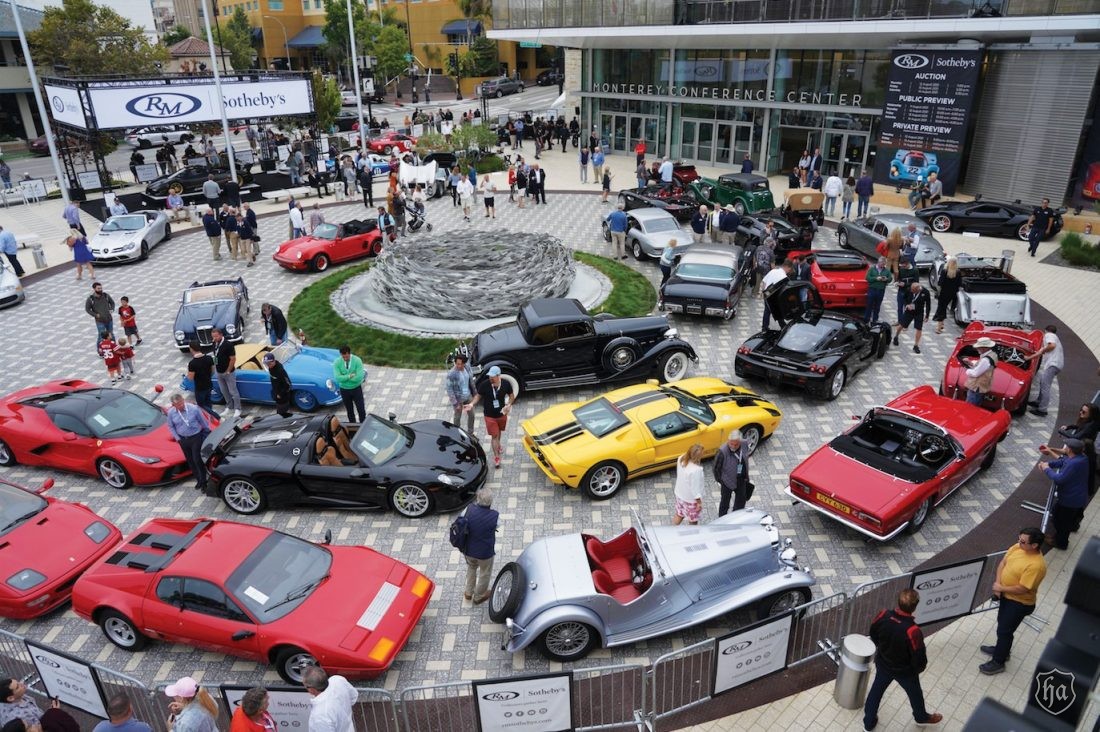 K. Heinz Keller’s 1938 Mercedes-Benz 540K Special Roadster was selected “Best of Show” at The Quail, A Motorsports Gathering for its design, engineering, sophistication and presentation. After acquiring the car in 1986 from a private owner in Colorado, Keller began an eight-year ground-up restoration.

Top honors were given in each of the 11 classes during the event. Among the special awards were the Spirit of The Quail, 1902 Indian Single Cylinder, Shawn W. Coady, Illinois; the Hagerty Drivers Foundation & Preservation Award, 1969 Ford Bronco “Big Oly,” Philip Sarofim, California; and the Octane Editor’s Choice Award, 1957 Fiat 600 / Eden Roc, Anne Brockington Lee / The Robert E. Lee Collection, Nevada. 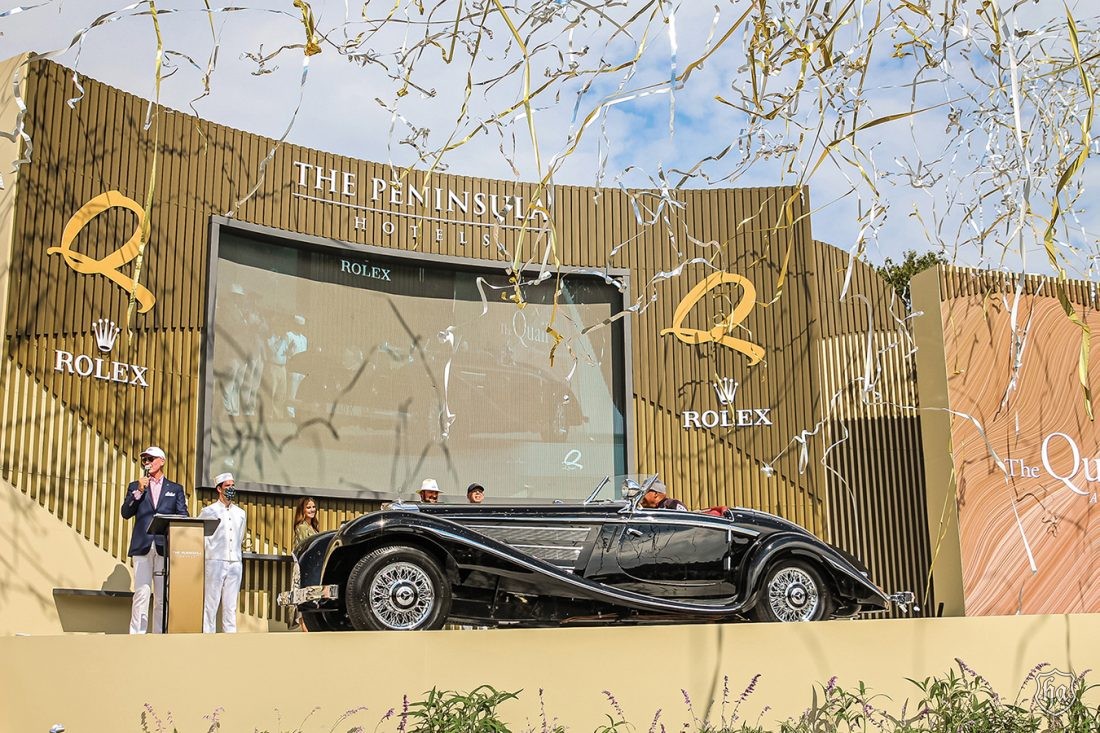 “The Quail, A Motorsports Gathering is truly one of the world’s most prestigious motoring events,” says Kai Lermen, general manager of Quail Lodge & Golf Club. “Our 18th- annual celebration delivered the allure, excitement and passion The Quail has become known for, and we are looking forward to everything 2022 has to bring!”

“We were delighted to have returned to Monterey Week and to have welcomed our clients back to our sale room,” says Jakob Greisen, Bonhams Head of US Motoring. “We are thrilled and proud of these results which prove there is nothing like a live auction.”
Ferraris and Shelbys Flex at Mecum and RM Sotheby’s

During its three-day event, Mecum Auctions achieved sales of $57.4 million from 519 vehicles, an 80 percent sell-through.

Ferraris and Shelbys filled the first seven slots. CSX3045, a celebrated Semi Competition Cobra that is one of just 29 built, was the second top seller at $2.86 million, and the Ford Special Project, Codename: Daisy, a 2004 Shelby Cobra Concept car, was third at $2.64 million. 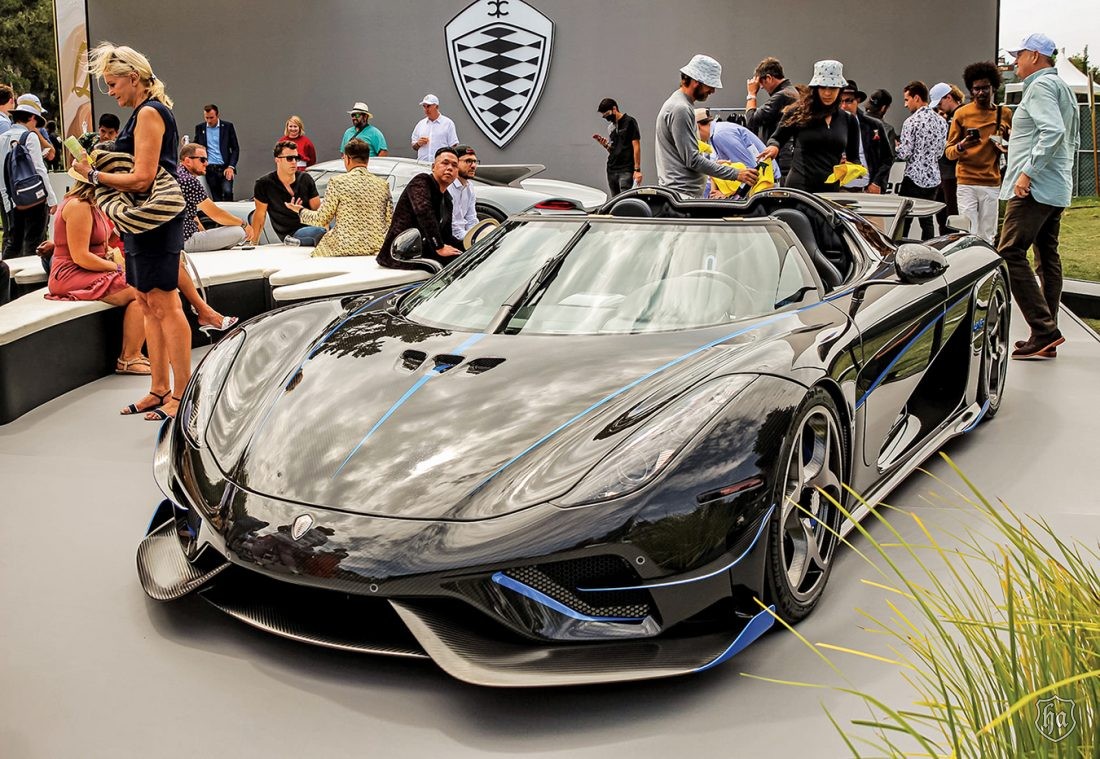 In addition, Serial No. 1 of the 2022 Acura NSX Type S, limited to 350 models, brought $1.1 million, with all proceeds to charity, including the Center for Science and Industry and an innovative STEAM education program for underserved youth. And a 2022 Triumph Scrambler 1200 Steve McQueen Edition motorcycle sold for $55,000, with proceeds to benefit the Boys Republic nonprofit youth-treatment community. The highest motorcycle sale was a 1953 Vincent Black Shadow, $148,500. 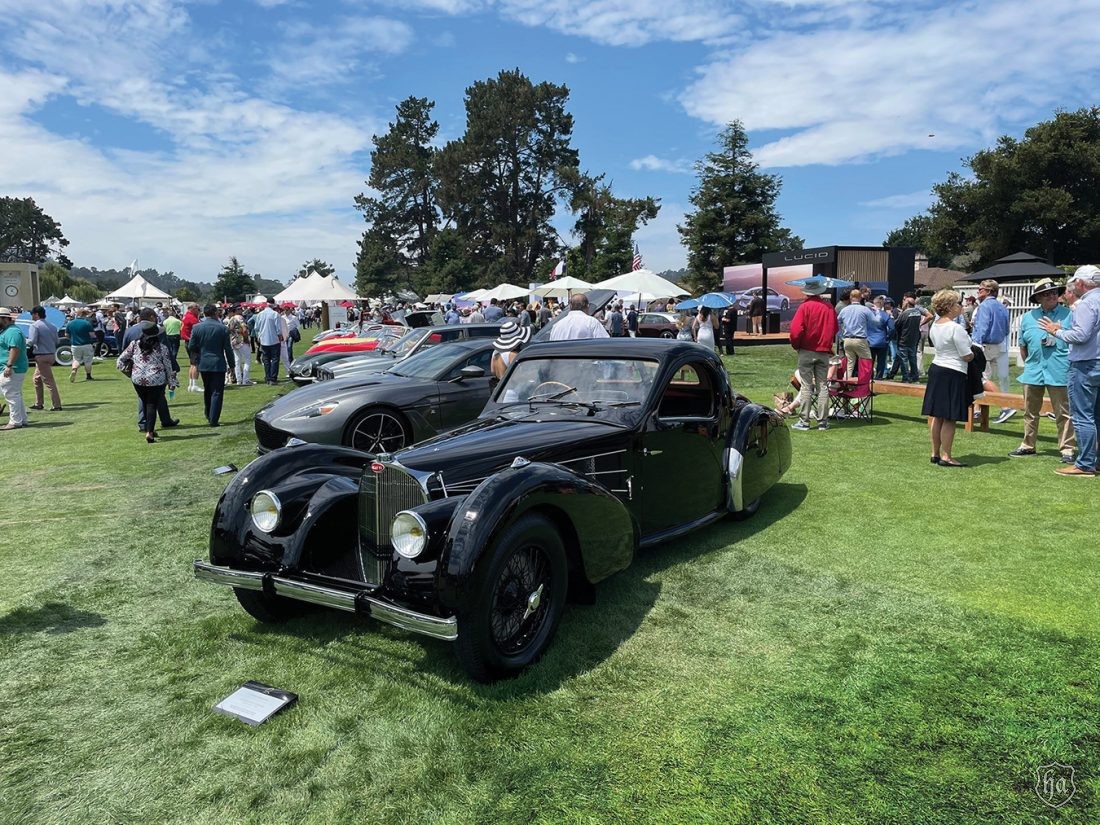 “It was great getting back to business in Monterey,” says Sam Murtaugh, chief operating officer at Mecum Auctions. “The spirited participation from all in attendance was a breath of fresh air, as it was clear that car enthusiasts on the west coast were finally able to enjoy the engaging atmosphere of a live auction event. As the results have shown, this year’s Daytime Auction was Mecum’s most successful to date, and we look forward to build on that momentum heading into 2022.”

At the Monterey Conference Center, RM Sotheby’s generated $148.5 million, with 91 percent of the lots sold. 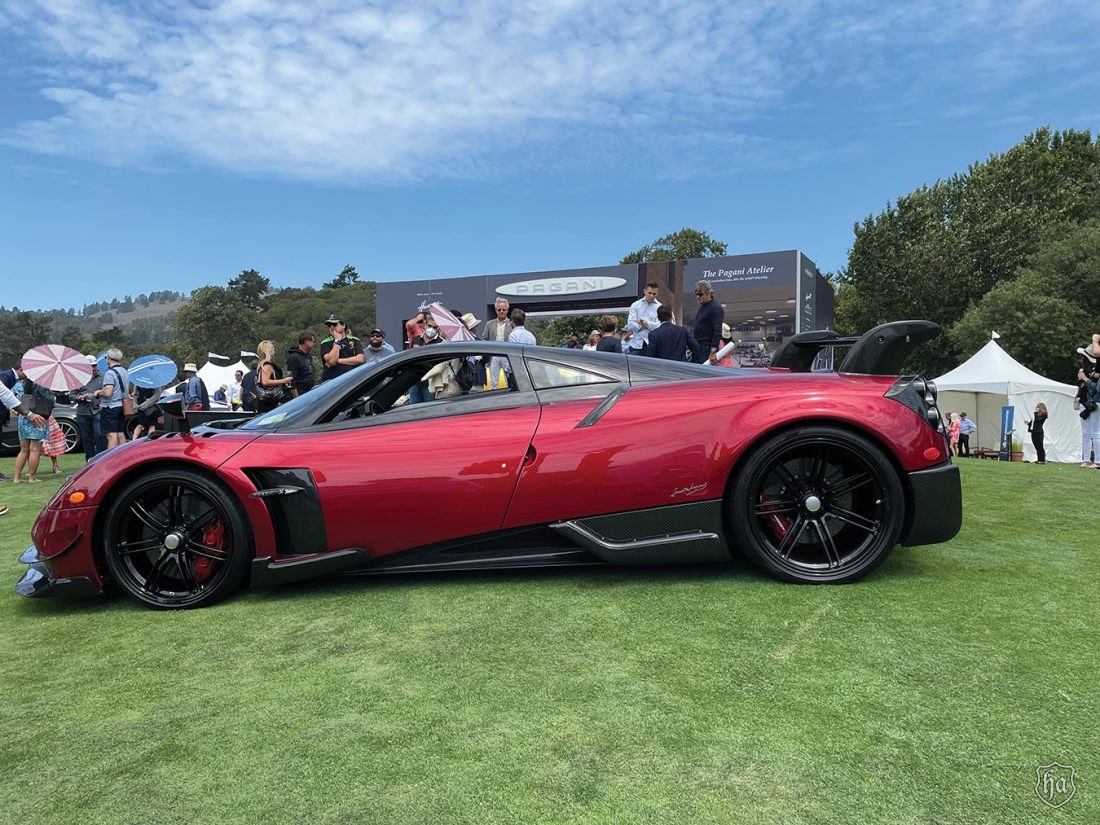 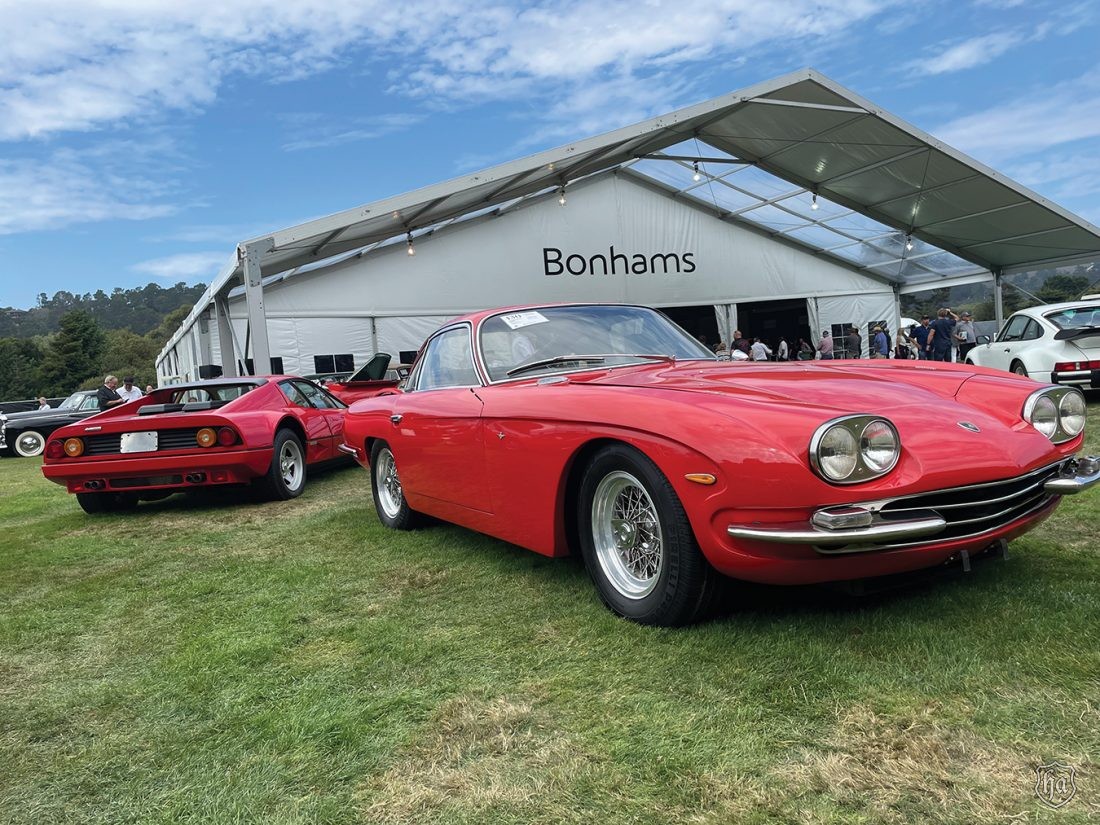 “This is another landmark sale for RM Sotheby’s, as we achieved a sale total that ranks in the top three best Monterey auctions of all time,” says Gord Duff, global head of Auctions, RM Sotheby’s. “Above all, this week has demonstrated that the market is as strong today as it has ever been, with collector-grade cars finding willing new buyers from all over the globe.” 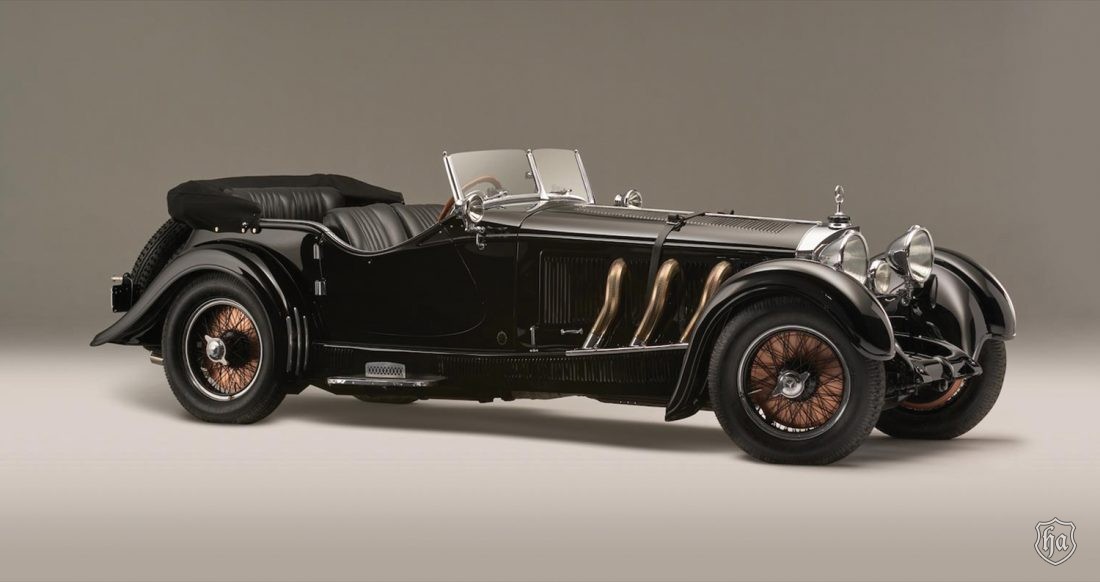 “Our goal for Monterey Car Week was to come in at full throttle, and I am both proud and gratified by the work of the Russo and Steele team and our contractors,” says Drew Alcazar, auction president and CEO. “We are thrilled to be back to live action events and look forward to future auctions at Monterey.”

“This year’s Rolex Monterey Motorsports Reunion ran on all cylinders. Racing was clean and respectful, the cars were the real deal and the fans enjoyed wandering through the paddock and marketplace,” says Barry Toepke, director of Heritage Events and PR for the historic racetrack. 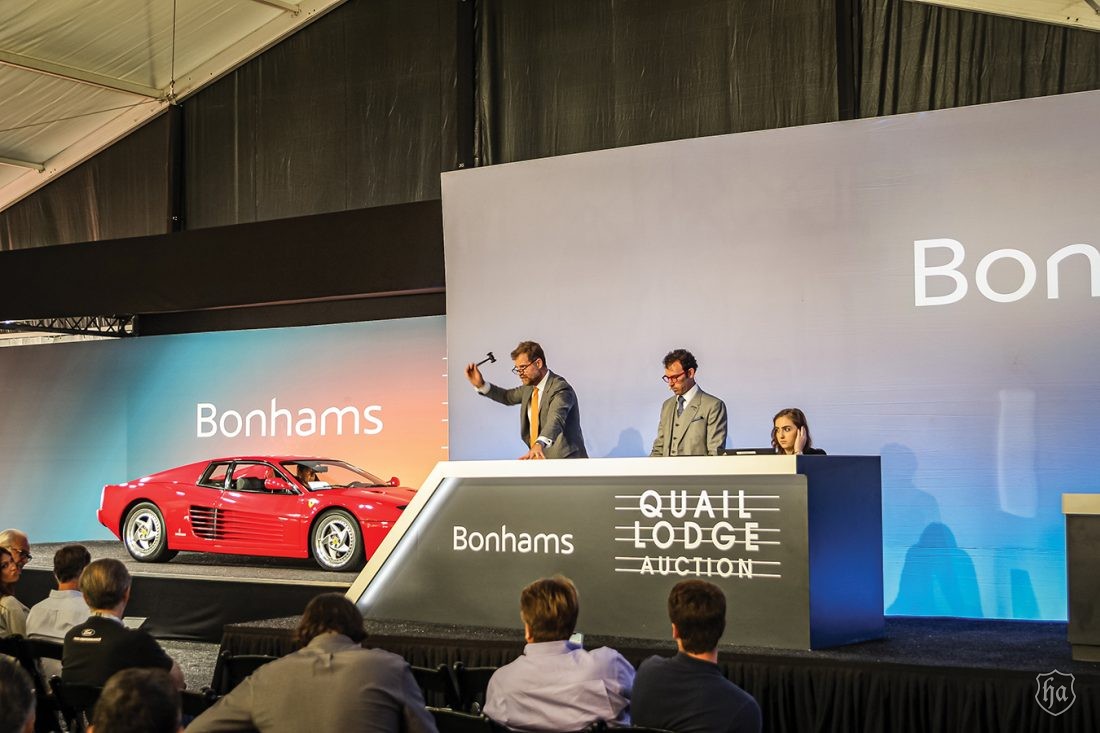 “New features like the Ragtime Racers who created a working 1920s-era garage, the Motul Indy Car Heritage Display, the Hagerty Drivers Club and the ‘Ford in Trans-Am’ display really worked well and added to the guest experience,” he adds. “We even added a Ferris wheel for families!”

“This year’s Concorso was a wonderful return to normalcy,” says Tom McDowell, chairman of the Concorso Italiano Foundation, Mercer Island, Washington. “People wanted to get together to celebrate their hobby: cars, car culture, cars and more cars.  Getting together to enjoy the essence of Italian automotive design is normalcy, and that is what we did — in spades.” 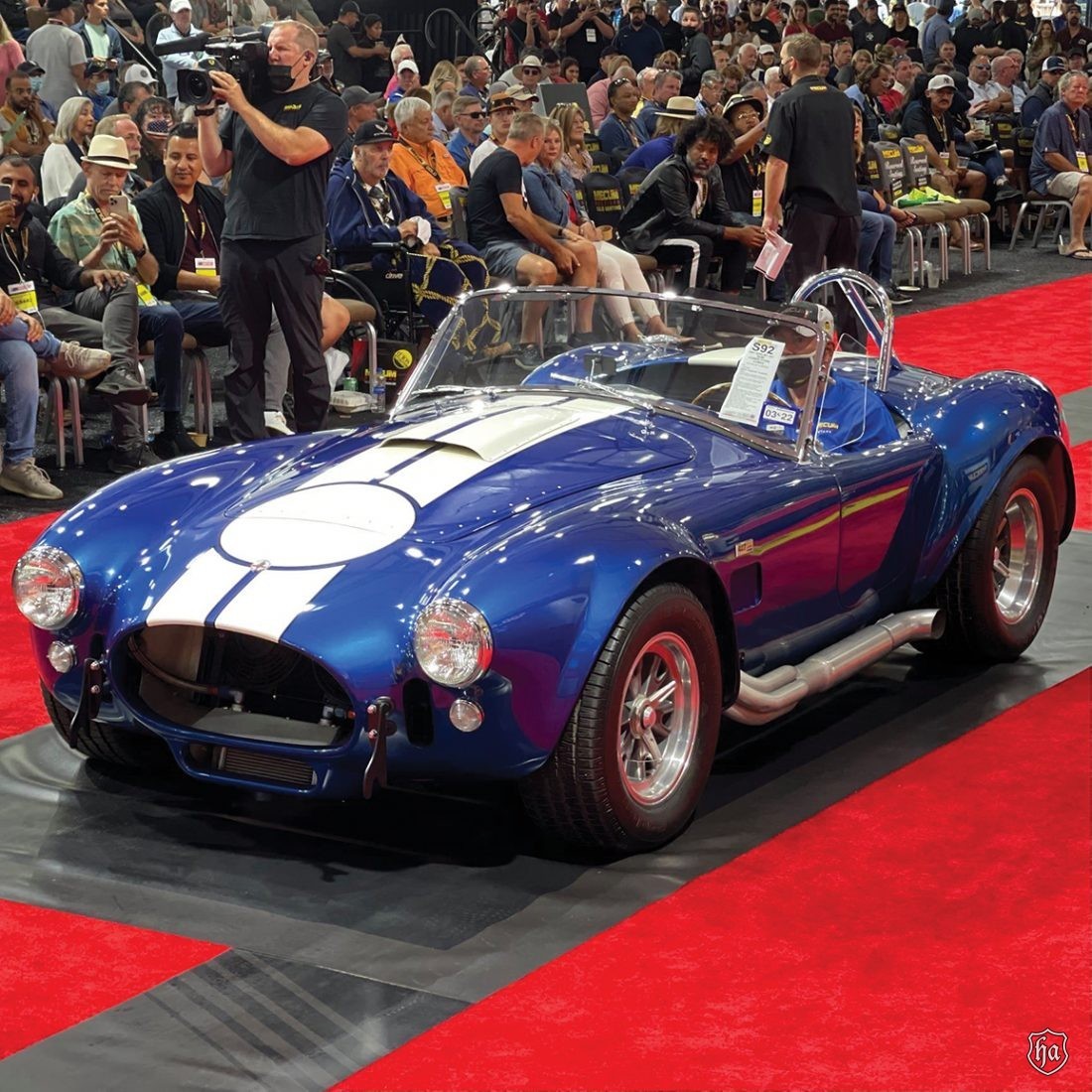 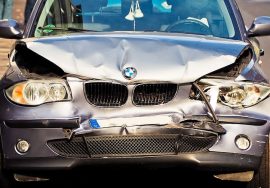 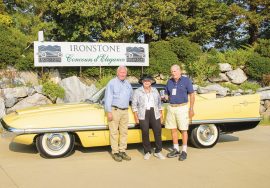 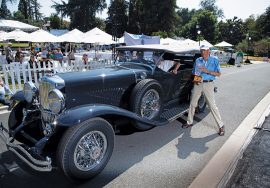 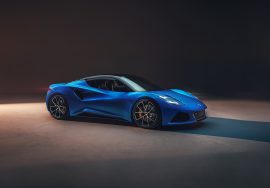