Handcrafted in only 25 examples, the Agera RS is one model that is truly special to Koenigsegg. One of them – a customer’s Agera RS set the top speed record of a homologated car on a public road in 2017 in Nevada, USA. It harnesses the advanced technology developed during the iconic Koenigsegg One:1 program while housing all the practical functionalities in prior Agera S and Agera R models. These include a luggage compartment and the recognizable stowable roof.

The Agera RS cars that left production feature advanced lightweight sound insulation, a front splitter optimized for the track, front winglets, side skirts, an advanced dynamic underbody flap system and a dynamically active rear spoiler for added downforce (up to 992 lbs at 155 mph). The Agera RS also features improved side air outlets behind the front wheels, increased power and a raised rpm limit.

In 2020, our aftermarket team had yet another spectacular opportunity to work on a truly special Agera RS. It’s not every day that we got to work on a project quite as extensive and exciting as this. It all started in the fall of 2019 when the customer came forth with a desire to include a couple of One: 1 inspired air vents on the front hood. Slowly working out the likes of the customer, the aftermarket team began proposing some additional upgrades in the same vein. What started as a rather simple request that should have taken no more than a month snowballed into quite the epic mission that spanned about half a year. Check out the illustrated photo-article below for the different elements of this extensive upgrade! 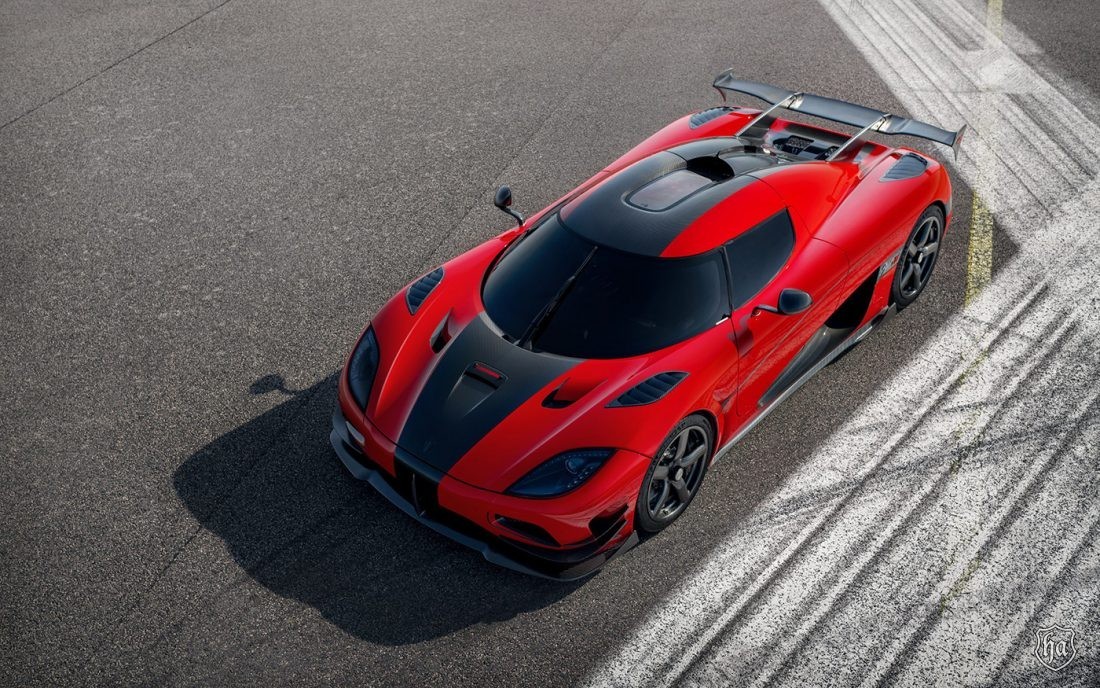 Agera RS in a new fancy dress? Not quite. It’s a whole re-engineering job.

A new face to its front hood. To accommodate the One:1 inspired air vents the front hood of the car was completely replaced. In place of the earlier ‘fang-like’ carbon accent, it is now a sleek uniform panel of carbon fiber running through the middle of the car.

A rear bonnet scoop inspired by the One:1 design was also added. 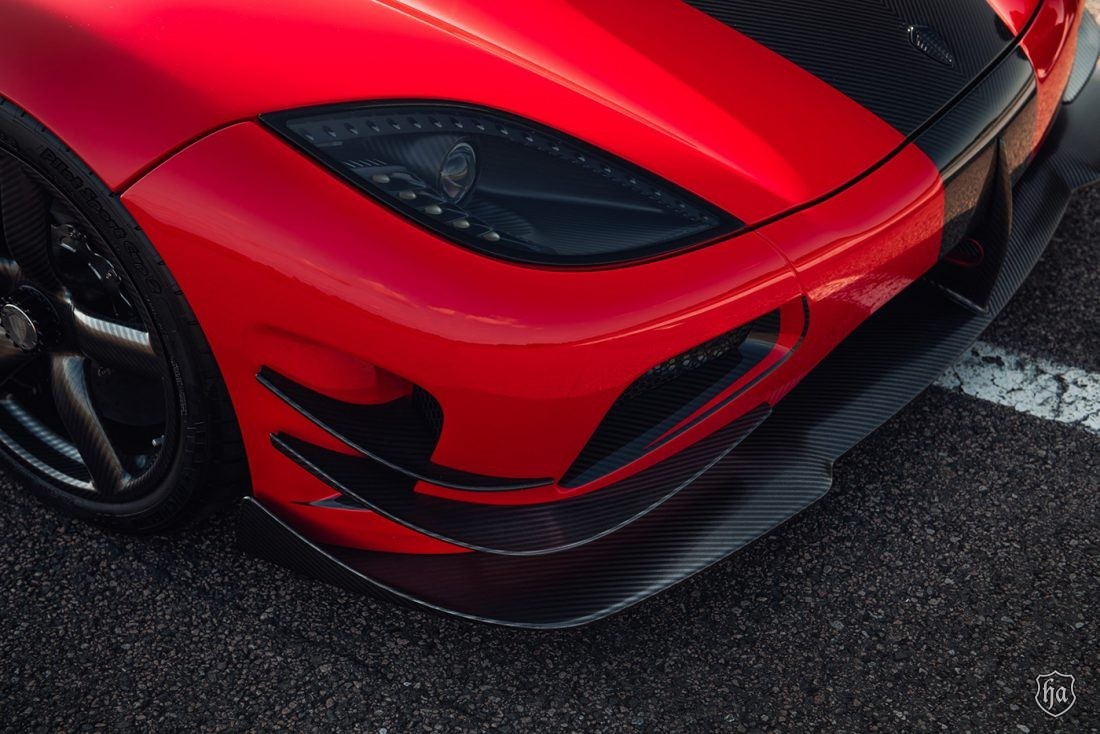 Even more shades of black – small touches like converting all the bolts, logos, accents and even the exhaust to jet black added a villainous touch.

Additional front winglets – all the more to slice the contact air with. 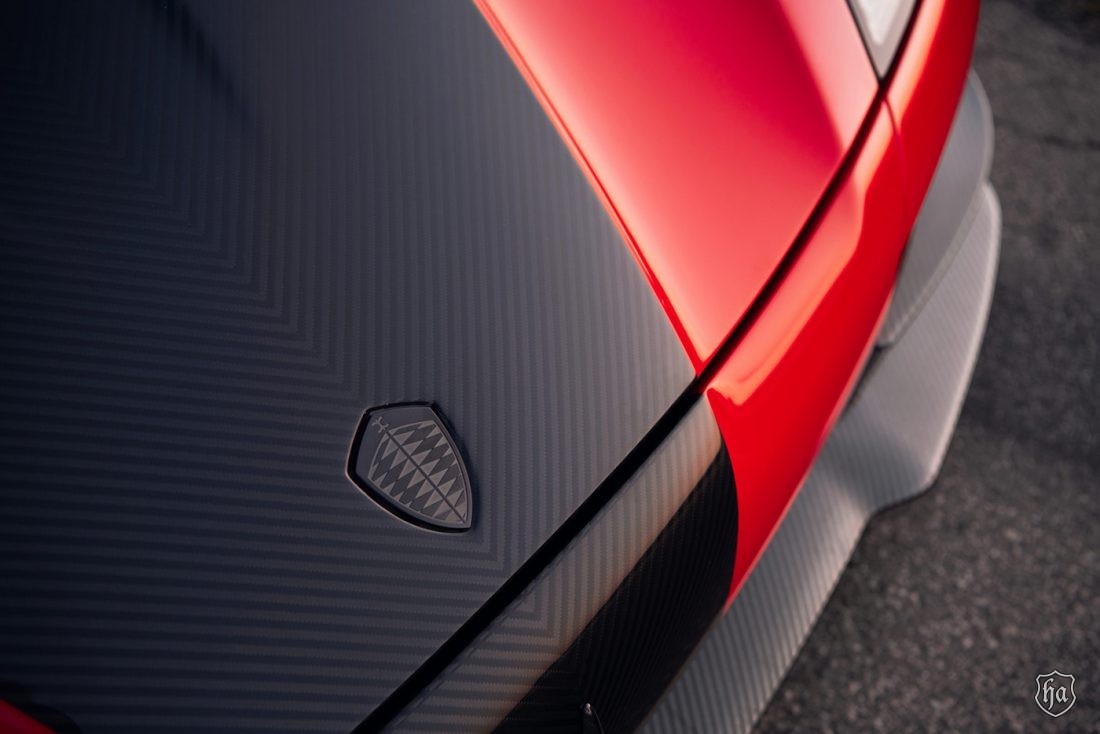 A new top-mounted wing. The previous wing was spring-activated but this updated wing is active and controlled by the software in the car.

The all-new, extensive upgrades on this 2017 Agera RS is a show of the dedication and competence of our aftermarket team. They have managed to further perfect this already stunning beast in power and aesthetics, leading to even better performance. The freedom given by our customer was also indicative of the absolute trust he had in the aftermarket team.
–
About the Koenigsegg Aftermarket Department
The Koenigsegg name may need no introduction but its aftermarket team is perhaps one of the company’s most underrated and best-kept secrets. Already in existence since the production of the very first CC8S, the aftermarket department has grown from strength to strength alongside Koenigsegg, upholding tiptop standards in post-production cars on the highest technical level combined with masterful craftsmanship and expertise. This can range from a simple upgrade in software or aerodynamic element to a full-fledged commissioned rebuild – the potential and possibilities at the Koenigsegg Aftermarket department are endless.

Their expert technicians are some of the very best and they travel out with their trusted expertise to our customers all around the world. By extension, their dealers worldwide also send their technicians for training (be it at Koenigsegg or remotely) so that there is equally competent support on a local level. Whether in-house at Koenigsegg or their dealerships, all their technicians can maintain, diagnose, repair and service almost every element in a Koenigsegg so that it is always at ultimate performance and instills confidence in their owners. 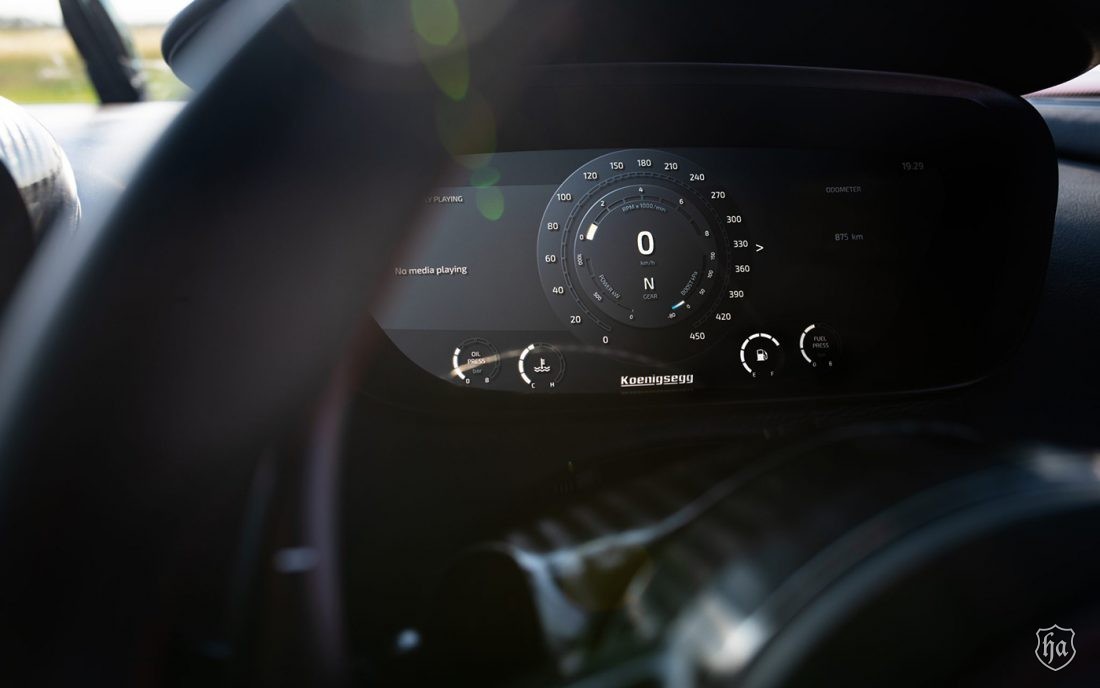 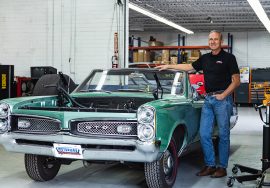 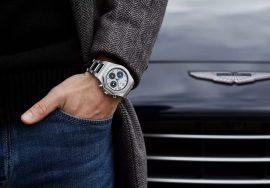 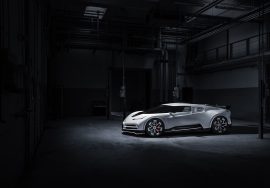 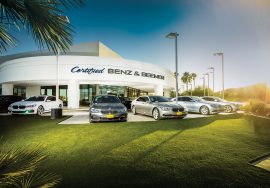